Made by Cheil Amsterdam in partnership with Samsung, the suit was made exclusively for Dutch skaters Sjinkie Knegt and Suzanne Schulting. 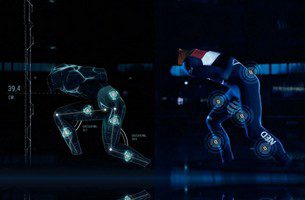 The Samsung SmartSuit is an innovative ice skating suit with corresponding app. Based on a concept by creative agency Cheil Amsterdam and developed by Samsung Benelux the suit was exclusively designed for Dutch short track speed skaters Sjinkie Knegt and Suzanne Schulting.

This technological innovation enables the brand to actively contribute to the performance of these athletes during the Olympic Winter Games in PyeongChang 2018.

In the run-up to the Winter Games, the tailor-made short track suit was developed in collaboration with the The Royal Dutch Skating Federation (KNSB) to help Knegt and Schulting improve their ideal skating position during training sessions.

The Dutch athletes are the only skaters in the world using this technology: a secret weapon that could vastly increase their chances of Olympic success in PyeongChang.

Thijs de Boer, executive creative director, Cheil Amsterdam: “As an agency it is incredible to create something in collaboration with your client that can truly improve the performance level of Olympic athletes. This concept allows us to achieve so much more than we would with a generic sponsor campaign.” 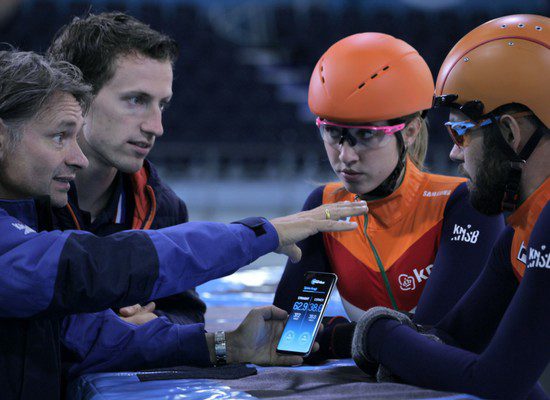 The idea behind the SmartSuit fits perfectly with DoWhatYouCan’t, Samsung’s international appeal to motivate young people to go off the beaten track and do what they are good at.

Gerben van Walt Meijer, marketing manager mobile, Samsung Netherlands: “At Samsung we strive to make daily life easier with our innovations. To us this means our technical expertise can also help improve athletes’ performances. With the introduction of the Samsung SmartSuit, we aim to lift Sjinkie and Suzanne’s performance to an even higher level and help them achieve their dream of winning an Olympic Gold medal. We’re challenging them to go to the limit.” 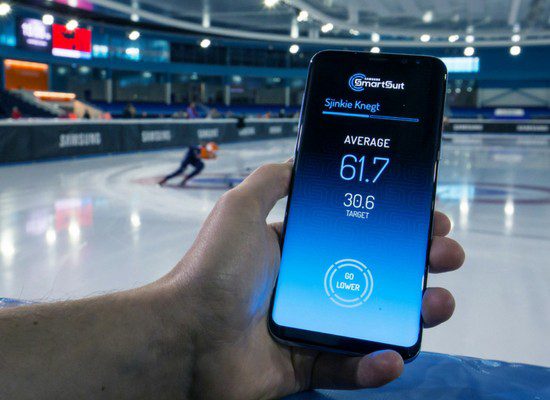 The Samsung SmartSuit is a tailor-made short track suit that maps the body posture very precisely and calculates the distance from the hips to the ice. The suit is wirelessly connected to Dutch national coach Jeroen Otter’s smartphone, and gives him access to the data via an app in realtime. This enables Jeroen and ‘embedded scientist’ Bjorn de Laat to see whether the riders are in the absolute best position. If their posture is not optimal, the coach can notify the skater by sending a vibration to the skater’s wrist with the touch of a button. This allows the skaters to immediately adjust their posture accordingly.

“By quantifying the posture we can train even more effectively. I notice that both Sjinkie and Suzanne already benefit from this unique innovation,” says national coach Jeroen Otter. “At this level of athleticism it’s all about details. The training sessions with the Samsung SmartSuit and the direct feedback via the smartphone can make the difference between a gold or silver medal.” Multiple world champion Sjinkie Knegt adds: “I’ve always used my gut feeling to estimate if I was bending deep enough. Working with the SmartSuit makes me more alert since my coach notifies me immediately if I have to bend deeper to reach my ideal posture.”

Samsung’s involvement in the Olympic Games began when the company contributed as a local sponsor to the 1988 Games in Seoul. Ten years later, Samsung expanded its sponsorship by becoming a global Olympic Partner in the field of wireless communications equipment. The company provides the Olympic Games with its own wireless communication platform and mobile equipment, enabling the Olympic community, athletes and fans from all around the world to interactively communicate and exchange information.