In The Frame: Cas Kerssens - Eyeforce

In The Frame: Cas Kerssens

In The Frame: an in-depth series where Eyeforce asks their talents burning questions about their recent work. They discuss the intricacies, the magic, the good and the bad. Let’s get the B-Roll rolling. 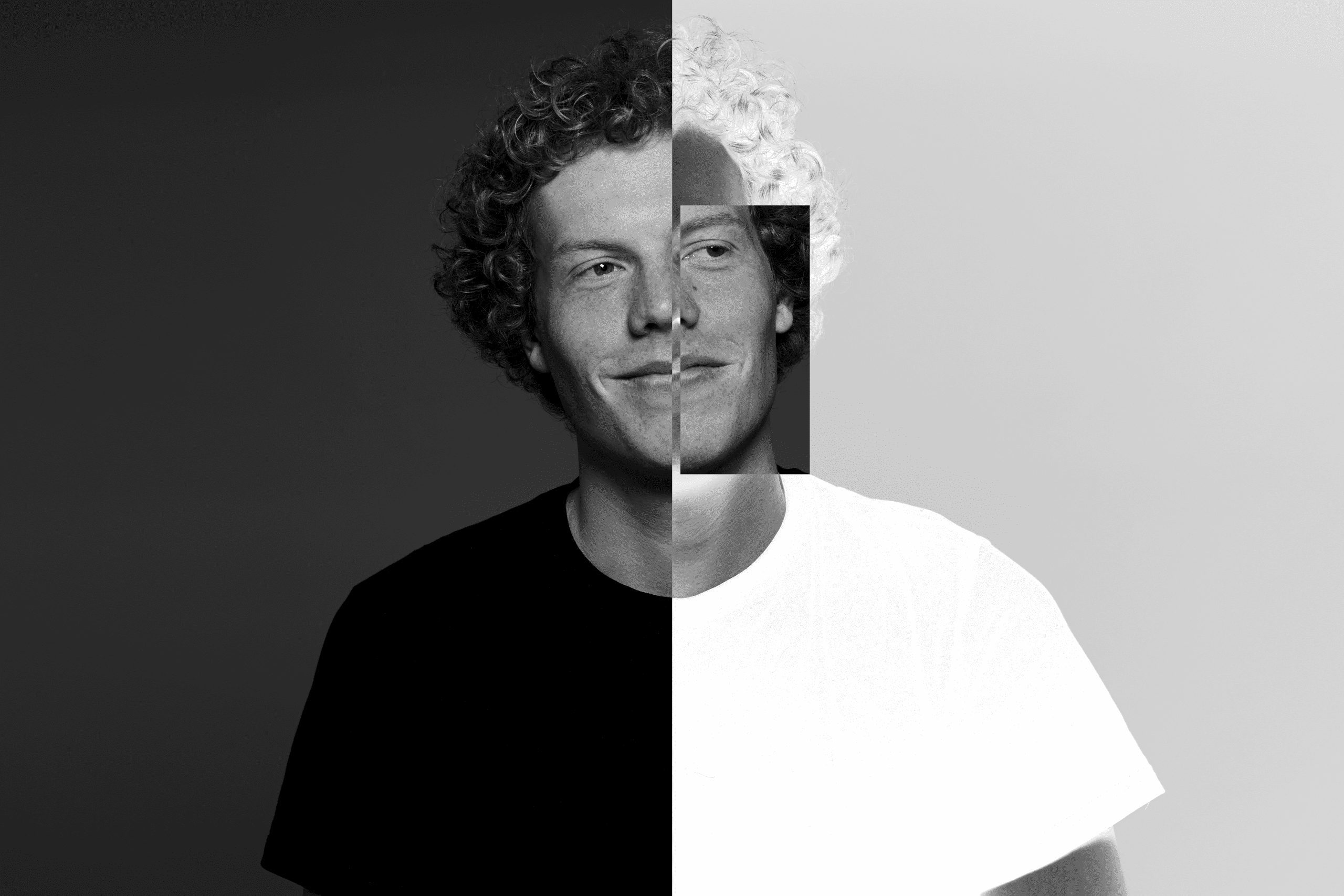 Emerging photographer Cas Kerssens is not afraid to risk it all for the perfect photo. With his particular passion for authentic stories, people, and sports, he believes in understanding the environment to shoot his shot. From running with his subjects to being almost run over by a mountain bike, his go-getter attitude has reaped some breathtaking images that can be easily mistaken for movie stills. He discusses the ins and outs behind his shoots with brands like adidas, Koga and New Balance.

Who is Cas Kerssens? 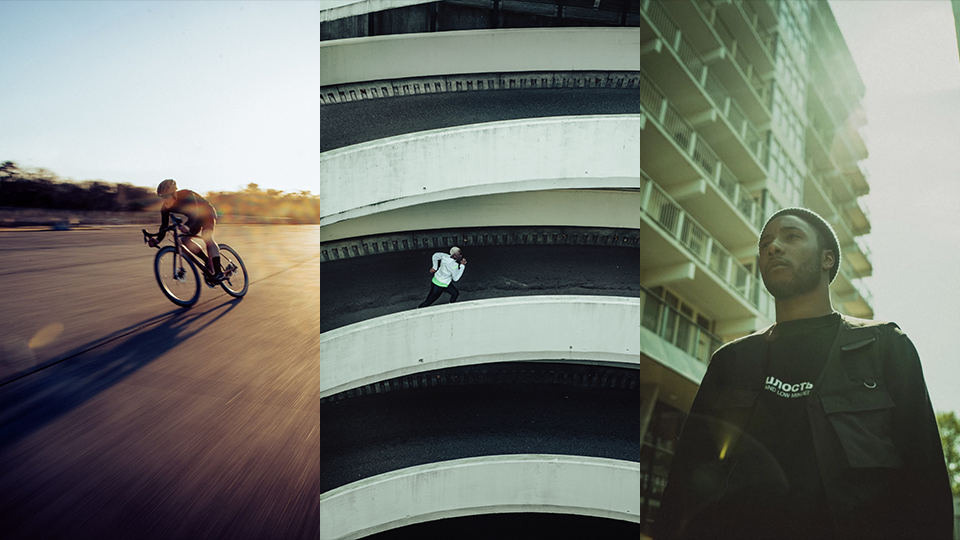 What a big question. I come from a very creative family, so the artistic component has always been there. I was raised with a lot of freedom that allowed me to explore what I want to do. My parents always assured me that nothing was unattainable, so I dreamed big. I thought I was going to become a racing driver, but at some point, I picked up a camera and it hasn’t left me since. I knew back then that photography was going to be my life, and that I want to make a living out of it. I love to work hard, challenge myself and always give something extra. But most importantly, I do my own thing.

Main component in your photography is motion. What techniques do you use to capture the dynamic feel of your photos? 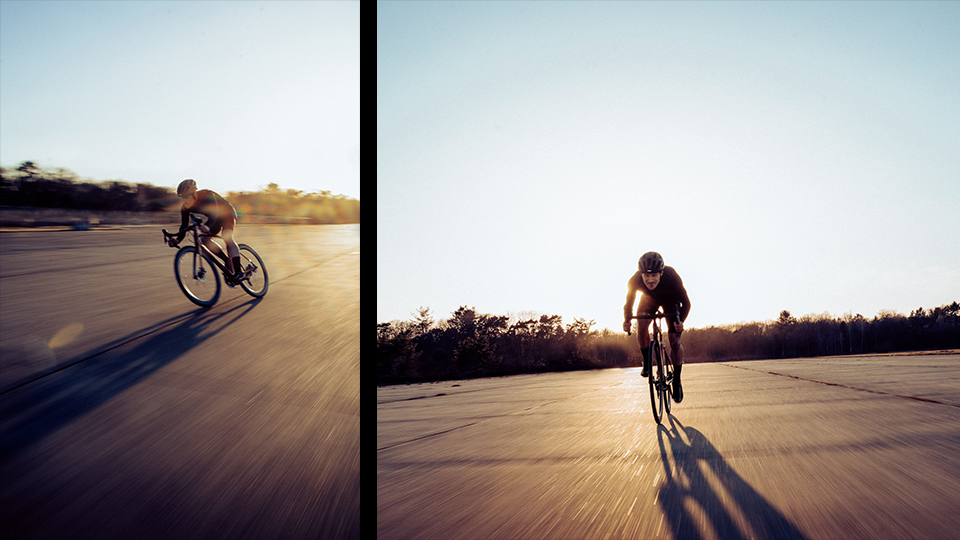 Shot with shutter speed 1/40 to create the motion blur

It depends on the setting. For the campaign of Koga, we had a car that was driving next to the bike, so I naturally jumped into it and took the photos from the side. The car was going approximately 40kmph, so I matched the shutter speed to around 1/40 as well to create the motion blur. While keeping my hands steady and aiming at the biker using manual focus, I managed to show off the bike’s speed, although it’s a still image. And that’s something a lot of bike campaigns miss. One of the rules in the bicycle industry is to always show off the bike chain, as that is the most desirable angle, but that approach might come at the expense of the potential of the bike and the brand. I broke that rule in pursuit of conveying the Koga dynamic. Fast and elegant. Experimenting with the shutter, focus, and positioning is key. The best pictures are the ones taken while taking a bit of risk.

Your photos evoke a feeling that you are a passive observer who happens to take a snapshot of the scene, unseen to the subject. What do you do to achieve this?

It’s a play of a few factors. If I photograph sports, as in the Haibike project, the models often don’t notice you because they are busy jumping over your head. The left photo, in particular, was obtained by me laying down in a hole on the ground (laughs). The campaign for New Balance (right), on the other hand, was much calmer. Time was on my side. I was able to familiarize myself with the setting and the model, and vice versa. I might give the subjects some direction at the beginning, but for the most part, I let them do their job. I like to observe the situation and see how the story unravels. The results are then more natural than if I interfere with the scene constantly. Lastly, you have to take into account the actual composition of the image. Sometimes I like to look through the viewfinder to see the setup, without pressing the shutter. Watching out for the contrasting light and angles can direct the intimacy of the shot and add to the feeling of being unnoticed. 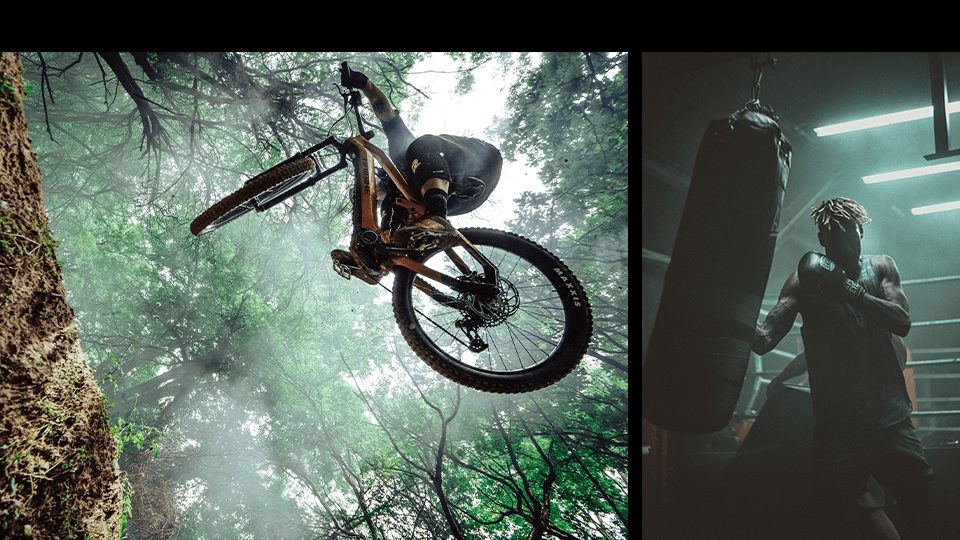 To what extent do you find aspects of artistic composition and planning essential in your work? 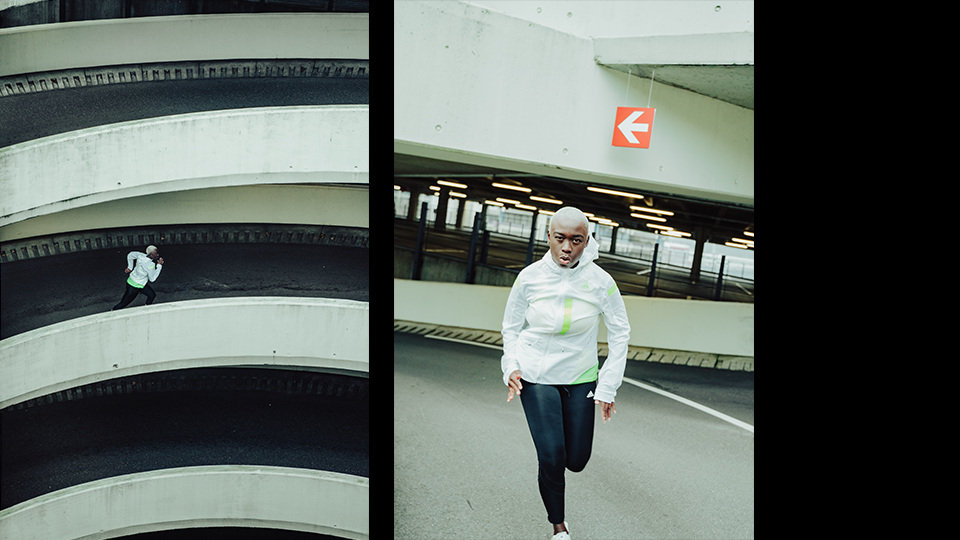 Sometimes I do, sometimes I don’t. The adidas x Intersport campaign might illustrate this quite well. In this shot (left), I liked the similarity of the lines and her outfit, as well as the unified pattern of the curves. It captivated me, so I stood at the top waiting for the athlete to run into the frame, and I photographed it. The other image (right) was shot while I was running in front of her. I snapped the photo, no thought-through composition, no planning, pure in-the-moment shot. Two different approaches, but the message had to be clear to the audience; adidas and Intersport campaigns are known to be energetic. They have to pump you up and get you moving just by looking at it. It doesn’t matter how you get there, it is about the message you are trying to deliver.

Your work experiments with different focal lengths. What advantage does their diversity bring?

Different focal lengths dictate the mood of the photo. For instance, a wide angle lens fits much more in one frame and gives an artistic distortion at the edges. I really liked the architecture of the place where we shot the Haibike campaign. The ceiling was curved, so I tried to mimic the surroundings with a wide angle lens at 14mm, which gave this funky bike distortion. That wouldn’t have been possible with a 50mm as it is more spatially restrictive. The other image is photographed from a greater distance with my zoom lens, shot at 75mm. I chose to document this moment from a distance to “isolate” the model in this spotlight that the building naturally created. The question becomes whether you feel like the surroundings are an addition to your story, or whether you want to focus solely on your subject. The closer you get to the model, the more intimate the picture becomes. The more aspects you bring into a wider shot, you have to make sure the spectators’ eyes are drawn to the point of focus. Each is a different ballgame. 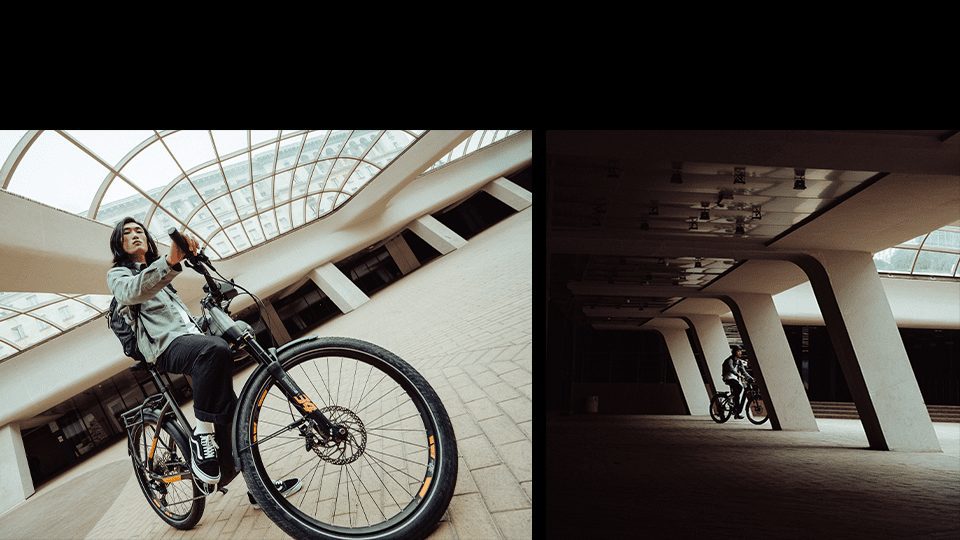 Some shots look like they are taken out of a movie. How do you think your background in filmmaking affects your photography? 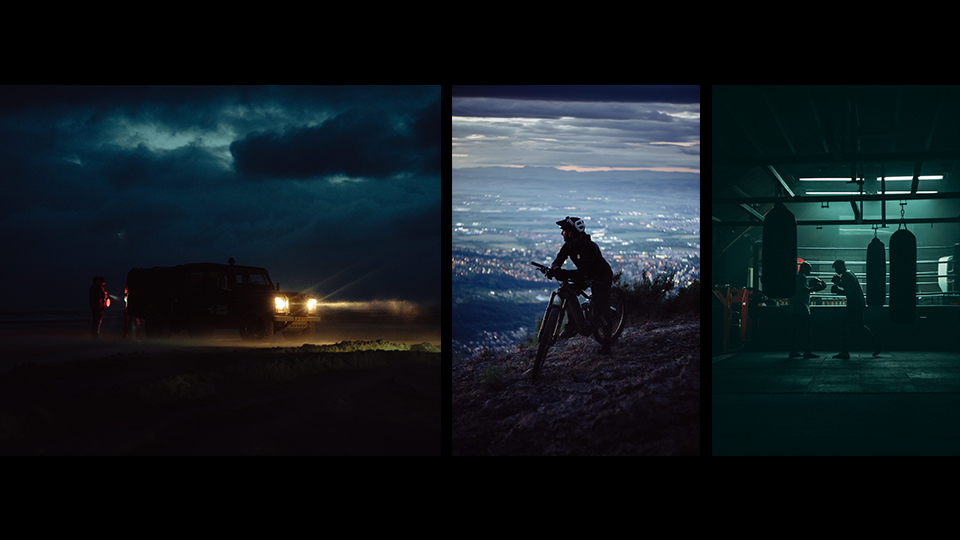 Most of my work is influenced by my background in filmmaking. After all, I studied it. I approach my photoshoots the same way I would approach filming. I use similar composition and grading to achieve the cinematic look, as if you took a still from a movie. Most importantly, I work with natural light or constant light. I’m a big fan of the Rembrandt lighting technique that is very popular among filmmakers. When the light illuminates the subject from one side, it casts a shadow on the other, creating a small light triangle under the eye. It elevates the visual story-telling by making the photo dramatic, mysterious and compelling. Some photographers opt for direct light or a flash, producing very bright and clean images, but that strips the photos of their cinematographic potential. After all, you are trying to tell a story. Vintage lenses are also part of my equipment, like my Helios lens. I like to use them during filming, and they are absolutely fantastic for photography. I have to focus manually, but the vintage feel and the slight distortion add the smooth cinematic flavour. Filmmaking helps me to understand what my photography niche is and challenge myself to step out of my comfort zone. 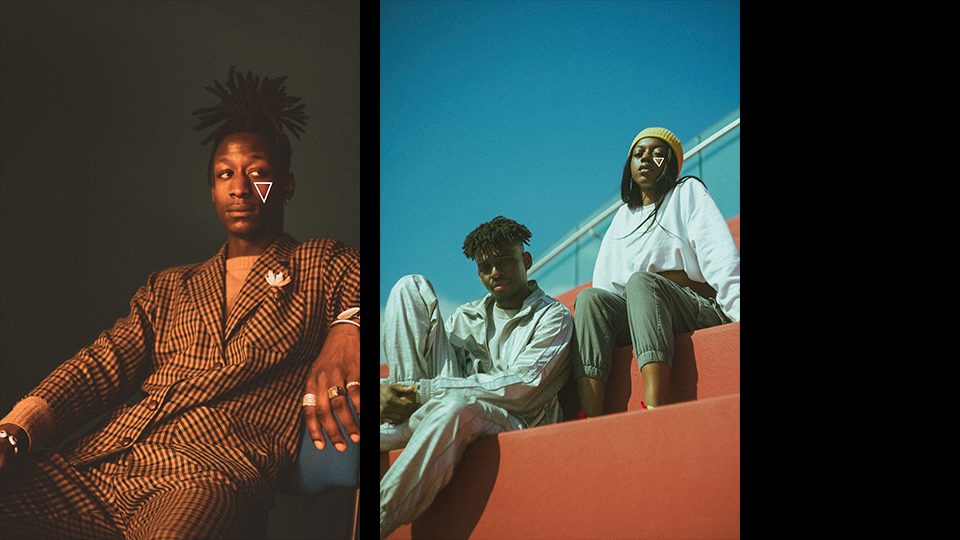 What is your go-to song that pumps you up before or throughout a project?

Dang! by Mac Miller featuring Anderson Paak. It puts me in a happy and groovy mood.